Hello from cabin 140 on the North Rim! I’m sleeping on the floor next to a heater that came on sometime in the night when the generator was at last repaired, and have been sizzling all night. The six other people in the cabin are snoozing away; they were up late drinking and celebrating their Rim to Rim hike, which somehow ended just before the snow hit. They had foresight to send a stranger ahead with a credit card to reserve this cabin and good doing. It was chaos bordering on riot yesterday evening in the main Lodge, with folks having pushed in despite the weather only to find no respite from the cold: 29° outside and no electricity in the Park. 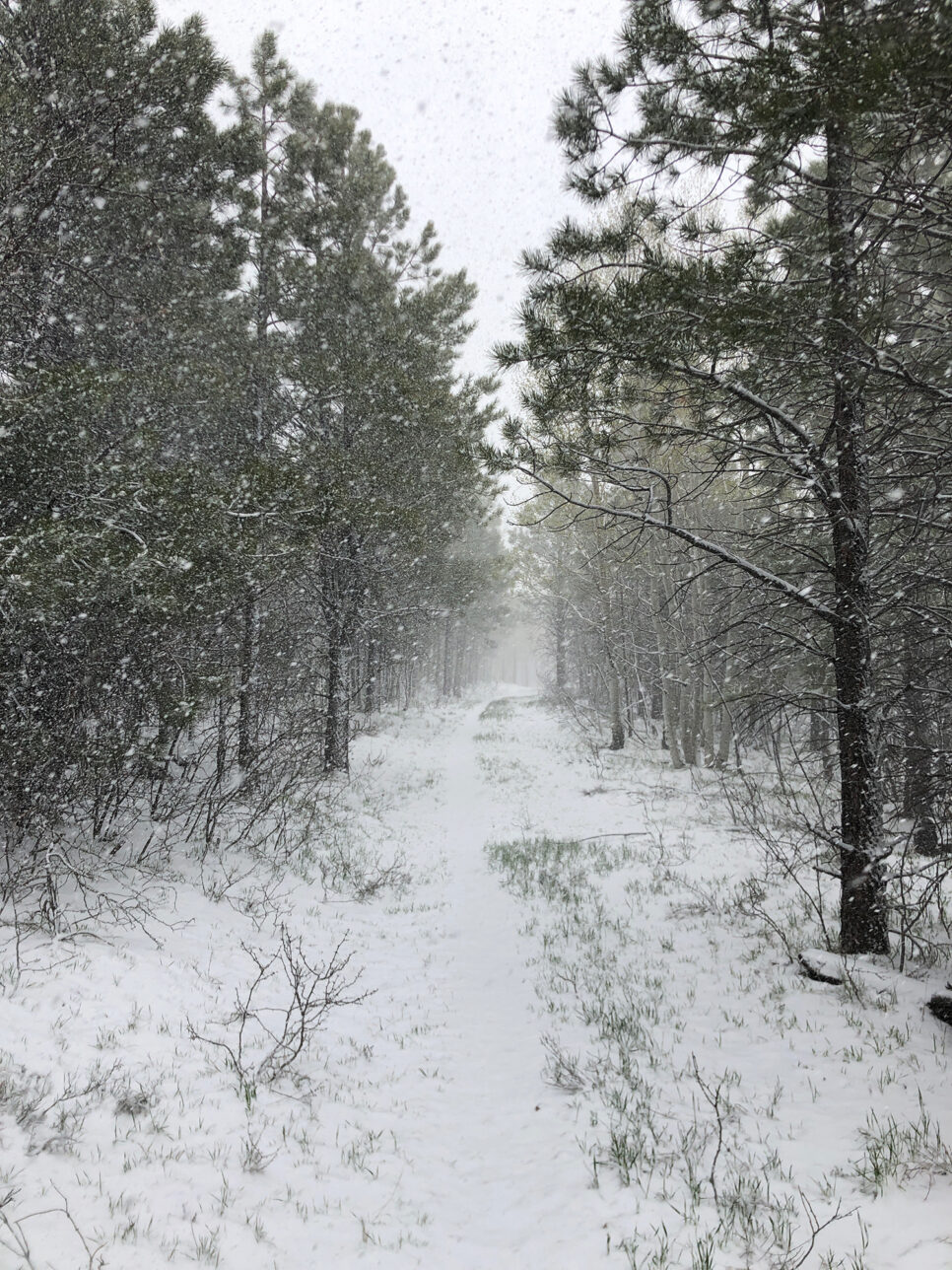 I was not as lucky as these six; first of all, I had to travel 4 times further and alone through heavy winds blowing thicker and thicker snow. If I did not have my umbrella to block the grapel (sic) or tried to look around it, it really stung my face and eyes. It began to get concerning for me, should I be stopped for any reason it would have been difficult to set up camp and warm up. There was not a patch of earth that didn’t turn white. But the route was very easy (I bailed on NF-216B) and the terminus at Kaibab Lodge seemed to be moving to meet me. I must have been hiking very quickly… wish I had felt warmed by that fire under my ass. 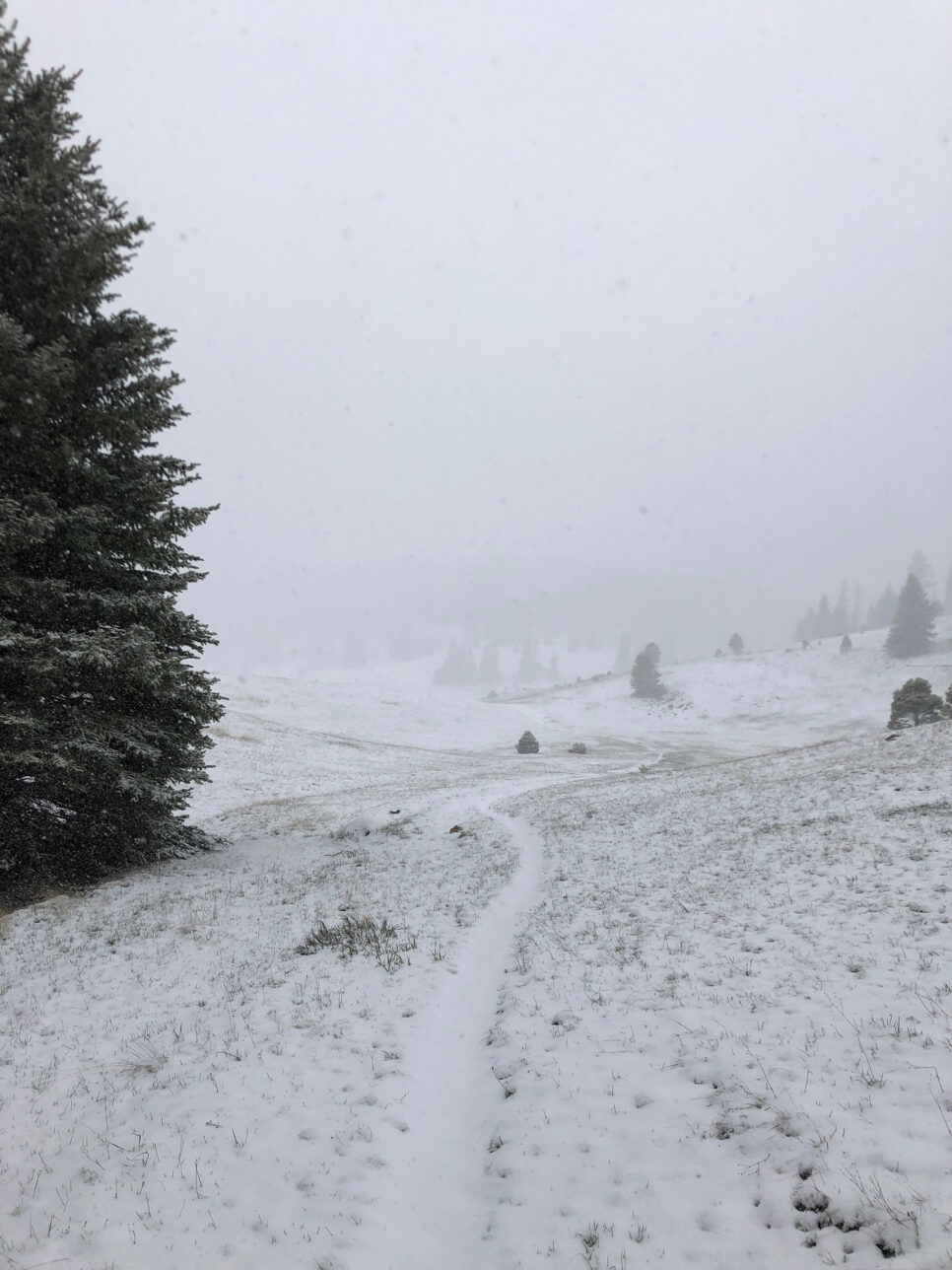 At the Kaibab Country Store I loitered and waffled as I gathered information. People behaving as if apocalypse had struck, buying blankets and tarps mostly. Many of them behaving as if nothing had changed, they MUST get to the Canyon (like myself), but later I’d see them having swerved off the road. Cars and RVs and motorcycles off the road. I got a ride into the Park with some women dead set on hiking the Rim to Rim today. I shopped carefully for a car with 4wd and smart-looking drivers. Marsha and Jody were great. They picked up two more hitchers, and one of those hitchers took pity on a third (mom) and switched out. That third offered me to stay in this cabin. And to join them for dinner.

And… the snow has just started up again. They just had a similar—but shorter-lived—snow storm opening day and that had already melted. So my plan is to wait. Loiter, explore, meet people.

To stave off riot they fed everyone a decent gratis dinner buffet, then went around periodically handing out brownies and cookies. One of the waiters seemed happy to announce the concessionaire would be billing the NPS for expenses, since the NPS didn’t repair the generator despite repeated requests. So tax payers can foot the bill while a billionaire corporation profits off public lands. Maybe I’ll clear that up with him today so he’s not so smug about it. Silly man. Diners with the best table enjoy the show. If you’re going to be stranded anywhere, probably here is best.

I said to the third (Linda), “This is a public health disaster brewing,” and I believe it could have been had they not gotten the generators going. The buffet conditions got hairy. A whole row of Africans sat in chairs next to the buffet (a really odd and unfortunate placement), wrapped in emergency blankets and looking miserable. Talk was another elderly man had been left behind in the Canyon when the storm hit because he was too slow. After 1.5 hours an ambulance showed up for the Africans. They may need to revise “Death in Grand Canyon” again soon.

I’m now more at risk of combustion due to this heater. But I’ll take it like I took the cold. I’ve reviewed my route and considered the very wise advice I got from the young owner of the Kaibab country store (the lodge had not yet opened due to severe snow damage). Basically, I have another La Sals-type project on my hands. But once I get past the first several miles I should be clear of the new snow and old drifts and the entire 20 miles to the rim is downhill. Probably muddy. Or who knows. So I wait. It’s hard to resist the urge to go take advantage of the cooler weather but I don’t want to be trudging thru snow as it new flakes fall sideways again. That was… unpleasant. I realize I’ve left my other pair of socks in the bathroom in Kanab, and sent home my rain pants. So I don’t want to go out in a storm, period.

These guys need to stay another night and so I’ll see what happens as far as where I’m sleeping tonight. The Lodge has stepped up as far as trying to place people responsibility: they did not take any new reservations nor honor old ones was the word at the gate, but folks who made it in found they DID have a place eventually. Booking moved at a snail’s pace due to the blackout. Lines were really long in the lobbies. Folks who came to see the Canyon were brutally disappointed by a panel of windows seemingly frosted white. By 5pm views had opened up, and they were pretty damn spectacular with the white, and tendrils of cloud hanging off red rock. But the people watching in the dining hall, and the jokes with my new friends, were distracting.

Overall my day worked out very well. Although I was very swayed by discomfort and humiliation to quit my hike entirely from the Country Store, my curiosity about what was happening on the North Rim brought me here and rekindled the fire. Every day is adventure! 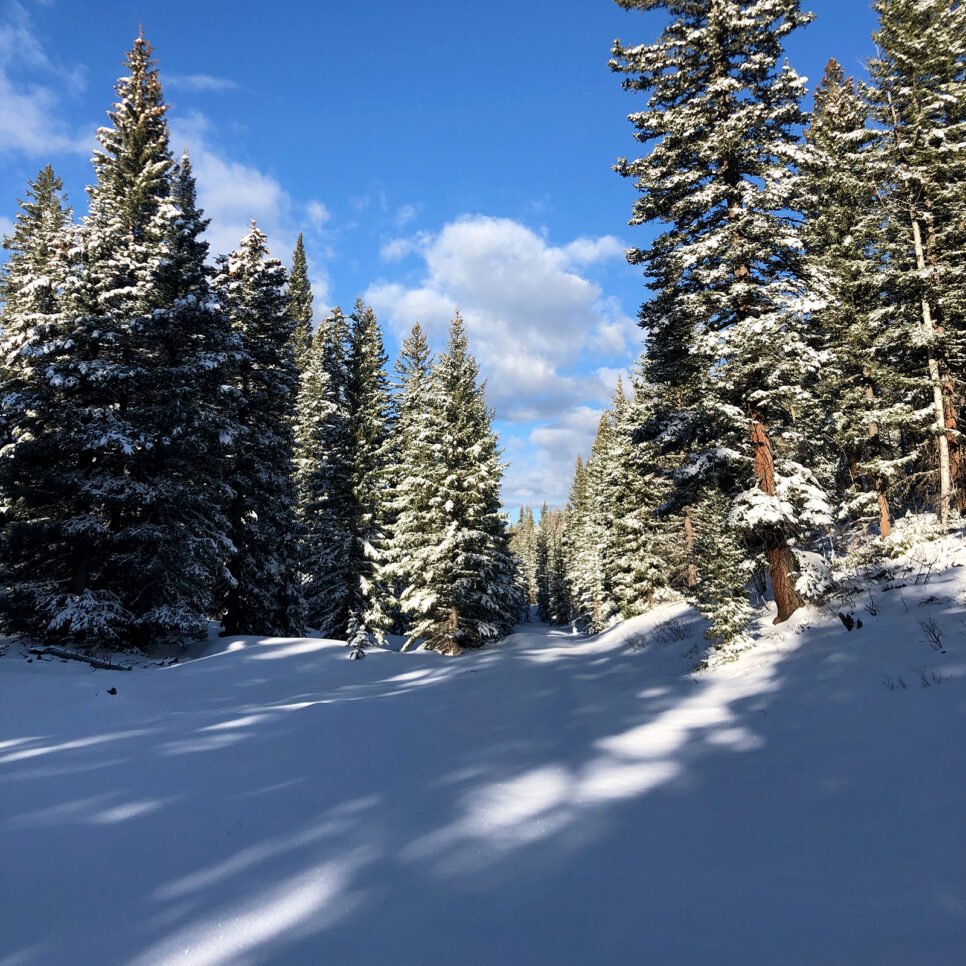