For some reason I’ve had the 24 Hours of Willamette Pass mountain bike race marked on my calendar all year. I’d set aside the date without any idea of who I would do it with or even why, and definitely – as I’d discover once there – no idea of what it would be like.

In hindsight I realize why it was so difficult to recruit a team. Many plans fell through, and last-minute I ended up racing in a two-person team with Susan, a woman who is also new to mountain bike racing, but very fast, and quite sporty (as I would find out). Susan is experienced in many adrenaline-type sports and is made of steel. She suggested off-handedly that we race the 24-hour instead of the twelve and I casually consented, not realizing what a huge difference those twelve hours would make. 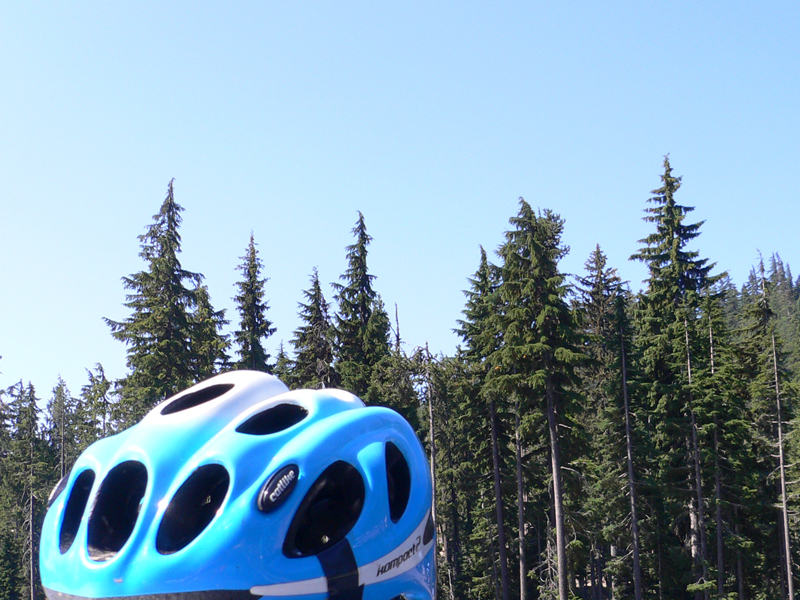 I wanted to take pictures. I wanted to drink beer, cook some real food and schmooze. I wanted to sleep, but I also wanted to accumulate an impressive lap tally. None of this was to happen. When I arrived, I caught three hours’ sleep and spent the rest of the morning staring helplessly at the tent’s dome. Cleats started clicking around the tent, doors started slamming, I heard chains slapping metal. Emerging from the tent I saw that I was having a glaring broment – amongst the twenty or so people also insane enough to attend. Okay, okay, more than twenty, but not enough for there to be another two-person 24-hour womens team. We were racing ourselves, lapping 11 miles of Willamette Pass trail reaching up and down from approx 5200ft to >6000ft elevation, for 24 hours. This was very relieving, because then I knew that no matter how we did, we’d be winners.

Lap one. I come up on two riders in pro kits who exclaim, “she must have fresh legs.” Hmmm. What does it mean? I’ll find out later, like, two minutes later, when we hit “The Wall.” The Wall is a dusty climb meant to be skiied down just at the top of the Twilight ski lift. A lady rider talks me up it and the route gives mercifully into a descent… for twenty seconds. The Wall. More like the Berlin wall. Or, rather, the Wall of China. We merge into dusty singletrack which also boasts a grade well over 10% and climb over a mile into the Taits Trails. For myself, climbing means… hiking.

The descent goes like this: dusty, rutted, technical rocky, off-camber narrow, rutted, a puddle, a jolting log bridge, a creek, rutted, then a couple miles of enjoyable singletrack. It (Maiden Peak Trail) lets out on a gravel road (Gold Lake Road) that cheerfully reminds me of Leif Erickson Drive in Portland, where it is mysteriously easy to go fast uphill. We were all warned there would be a man with a van who would inevitably be drinking beer – and there he was! He marked the turnoff to a tie-in trail which provided one last ego-bruiser of a climb, again on dusty singletrack. The trail is VERY bumpy, I am on a hardtail, and my back is hurting badly. But somehow I am happy at the lap counting station when I pull in. It took an hour and a half.

Laps two and three. It was our bright idea to each take two laps so the other could get some rest. Susan went first and the harder I tried to rest the less rest I got. Whereas she “got to” ride in the blaring mid-day heat, I rode between four and dusk. I started to feel a little guilty, since – as she reminded me – it was I who invited her to race, not vice versa. Susan had also ridden the start lap. She was gracious about it. She warned that I pace myself, and I did. Really, really slow. Practically leisurely. Did I say leisurely? By the end of lap three I have a hotspot, some “road rash,” shooting ulnar nerve pain, and a diaper rash is considering my ass as realty.

Lap four. 2am. My first night ride. Alone. In the dark. Scary! I’d already started hallucinating on lap three, but lap four brought in a new dimension: shadow. As Brett confirmed later, I wasn’t the only one thinking lions and tigers and bears were encroaching every time I rounded a small tree, or that people were somehow watching trailside at 6000ft. There should be a rule that if you cut down a tree or a tree falls trailside, you remove the stump immediately so that I don’t hallucinate. Surprisingly I only crashed once in the dark, and it was for a reason totally unrelated to the darkness or going too fast. I’m not sure why I crashed, but I rounded out the road rash on my leg with some on my arm and shoulder, and nearly broke my front brake lever off.

Lap five. 7:30am. Somewhere in the night I went on strike against riding, and finally got drool on my pillow. Susan came in from her last lap with the biggest grin saying something like, “just the idea of it being my last lap was consolation. I just kept saying, ‘it’s the last time, it’s the last time.'” Myself, all through the race I tried to think about some profound thing but it just wasn’t the venue. Note to self: you’re not going to discover the meaning of life at a 24-hour bike race. On the last lap I got paranoid that something would prevent me from coming in before the 10am cutoff and my lap from being counted. After discovering there was no competition in our field, I don’t know why I cared if my laps were counted or not. In fact, I don’t even know why I did laps at all. 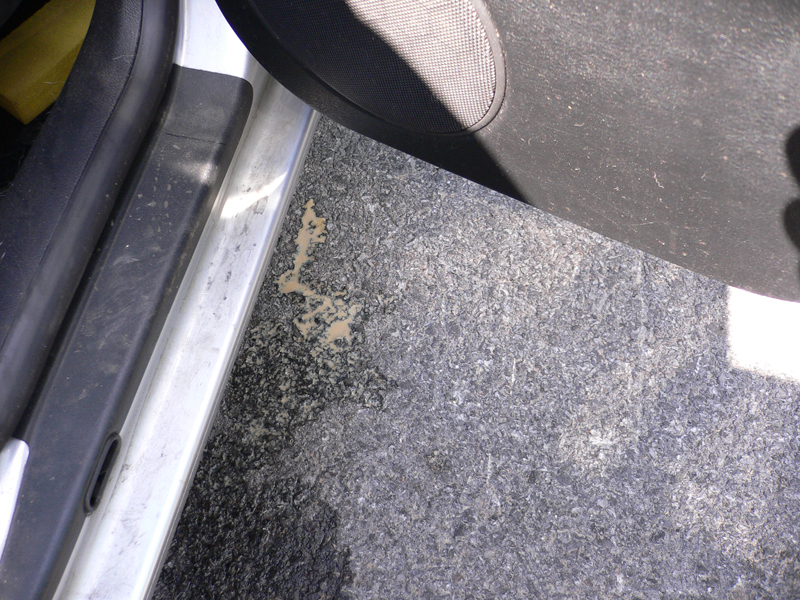 We did make pancakes for breakfast, I passed out homemade chocolate chip cookies, and we schmoozed for a moment. Er, broment. I noted that many people were walking funny. There was consensus that chamois cream should be added to the list of “ten essentials.” A lot of people were saying things like, “that was way harder than I thought it would be.” It was discovered the race promoter used the chairlifts to get to the top of the mountain and never actually rode the climb. That tidbit should have never, never come out.

Overall, a woman collected the most laps. She did as many as Susan and I put together, and with the best times, and while smiling and cheering for other riders (like me, on the wall). While this is totally inspiring, there’s no way in all hell I will ever ride anything more than a 12-hour race ever again. Susan decided there’s no way she’ll ever do 24 hours solo. Huh?! Susan isn’t sure whether I had fun or not. I’m not sure if she had fun or not, either. It’s too early to say. Right now the only way I can say it was fun would be to mean “I got to ride my bike.”

3 Responses to “24 Hours of Willamette Pass”